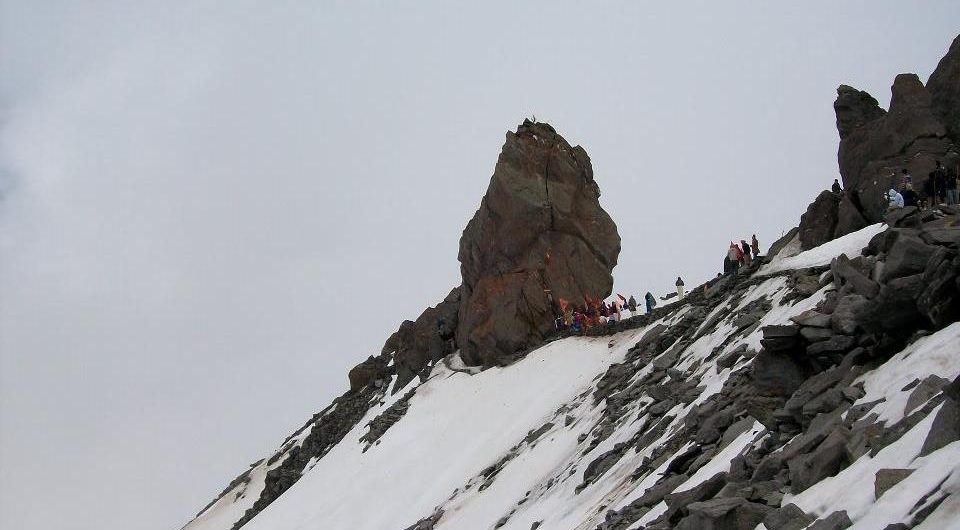 The 32km uphill yatra to Shrikhand Mahadev at an altitude of 19,000ft in Nirmand region of Kullu will officially start from July 15 to 25 under strict security arrangements and some restrictions to ensure safety of the pilgrims from many parts of the country.

The pilgrims this year will have to follow strict instructions to be able to go on yatra. To make sure that every pilgrim comes back to the base safely, the minimum age of pilgrim should be 15 years.

The pilgrims will have to bring a medical fitness certificate with them. And those wearing chappals would be sent back home.

Anni sub-divisional magistrate Chet Singh said a meeting of the trust members and officials held on Monday and these strict decisions were taken for the safety of the pilgrims.

“The pilgrims will have to register themselves after paying a fee of Rs 150. Advance registration will also be available at tehsildar office from July 10 to 14 but pilgrims will have to bring medical fitness certificate with them. A medical team will examine the pilgrims at base camp. We shall keep a check on BP and sugar level as well. Shoes would be mandatory for pilgrims,” he said.

Shrikhand yatra is considered the toughest pilgrimage of the country which claims many lives every year. The yatra starts from Singhad at 6,000ft from sea level and ends at 19,000ft. Besides Himachal, most of the pilgrims come from Punjab, Maharashtra and Gujarat.

Given the increasing popularity of the pilgrimage and the increasing number of casualties, the Himachal government has formed Shrikhand Yatra Trust and the pilgrimage is conducted under the supervision of Kullu administration. People can come till Jaon by car or bus and then treks for 3km to reach base camp at Singhad.

Reaching 72ft tall Shiva lingam is not easy. The SDM said a team recently came back after conducting a recce and discovered that the region is covered with a thick layer of snow.

“As we received heavy snow this year, the trekking trail to Shrikhand is hit by many avalanches. Police and rescue teams will keep surveillance and medical camps would be established,” he added.

“Temporary toilets would be established all along the way. Officials from administration will also be available to deal with any problem. The last group of pilgrims would be allowed to go on July 25 who will return back by end of the month and yatra would be closed officially.”

Slipping and falling to death in gorges, suffocation, altitude sickness, extreme cold, rockslides and use of charas are said to be the main reasons behind deaths during the yatra.

This time police will frequently check pilgrims for use of drugs and medical teams will be strict on health. Depending on the intensity of monsoon rains that can prove fatal, the yatra can be terminated any time by the administration.

Christine
Reply
It is in point of fact a great and useful piece of information. I am also planning for this religious trek. Please keep us informed like this. Thanks for sharing.