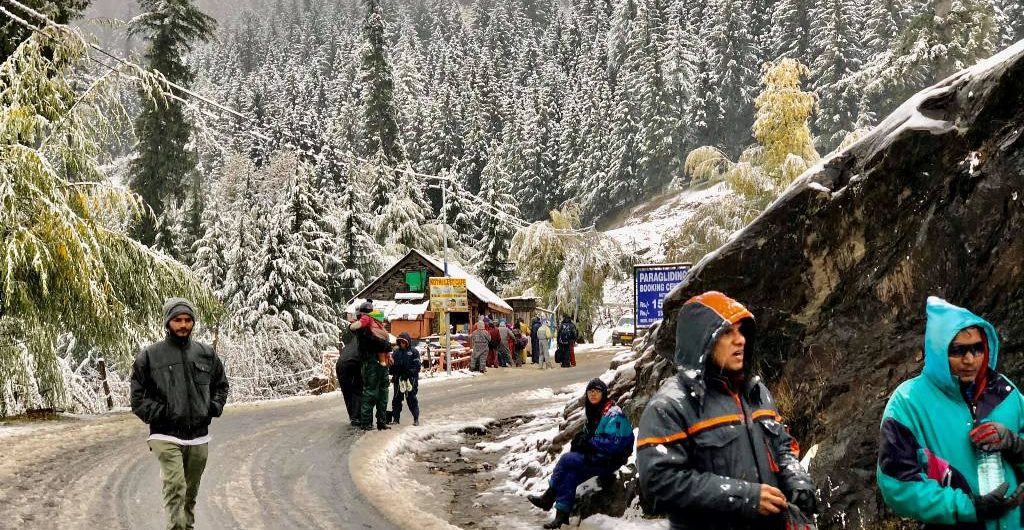 The isolated and upper parts of Himachal Pradesh may witness snowfall on the New Year 2020 eve while tourist towns Shimla, Manali, Dharamshala and Dalhousie may miss it again as the meteorological centre, Shimla, has predicted 25 per cent chances of snowfall.

There is good and bad news for tourists. The weatherman is not sure about the snowfall in tourist resorts of the state. Still, there is hope for tourists as they can see snowfall in upper regions of the state which are still connected by road. The actual good news is that the state has enough snow in store where tourists can spend quality time in the New Year eve and 2020.

The state has missed a White Christmas this year but tourists got to see snow in upper Shimla, Manali and Dalhousie. A fresh western disturbance will affect the Western Himalayan regions from the night of December 30. The higher and isolated region of Shimla, Kullu, Kinnaur, Lahaul-Spiti, Mandi, Kangra, Chamba and Sirmour are likely to get some snow. Although chances of snowfall in Shimla and Manali towns are very low, the upper tourist destinations of both the tourist resorts may witness light snowfall on January 1.

Shimla meteorological centre director Manmohan Singh said, “This time chances of snowfall in popular tourist towns of the state including Shimla and Manali are 25 per cent. However, some snowflakes are possible in the New Year. The high hills and isolated areas of the state will get some snow.”

The tourist destinations of Himachal are already crowded with tourists. The tourist inflow will be highest between December 28 and January 1. All tourists are heading to Himachal with the expectation of watching live snowfall. Despite weak western disturbance, a fresh snowfall is likely in upper tourist destinations like Kufri and Narkanda in Shimla, Solang and Kothi in Manali, Khajjiar in Chamba, Kaza in Spiti and Kalpa in Kinnaur. The possibility of snowfall is highest in Lahaul valley, but unfortunately, the valley is not accessible for tourists due to the closure of Rohtang pass.

If there is no snowfall, tourists will get to see enough snow in the state. There is still deep snow in upper Shimla, Dalhousie and Manali where tourists can enjoy for the whole day.

With extremely low temperature, conditions are favourable for good snowfall in Himachal. All the places in the state recorded minimum temperature below 6 degrees C on Friday which is 1 to 2 degrees below the normal temperature during this time of the season. According to the meteorological department, the day temperature is also 3 to 4 degrees C below the normal, but it was pleasant due to the bright sunny day.

As thousands of tourists are flocking to Himachal for New Year 2020 celebrations, tourists should be well prepared to cope with possible challenges.