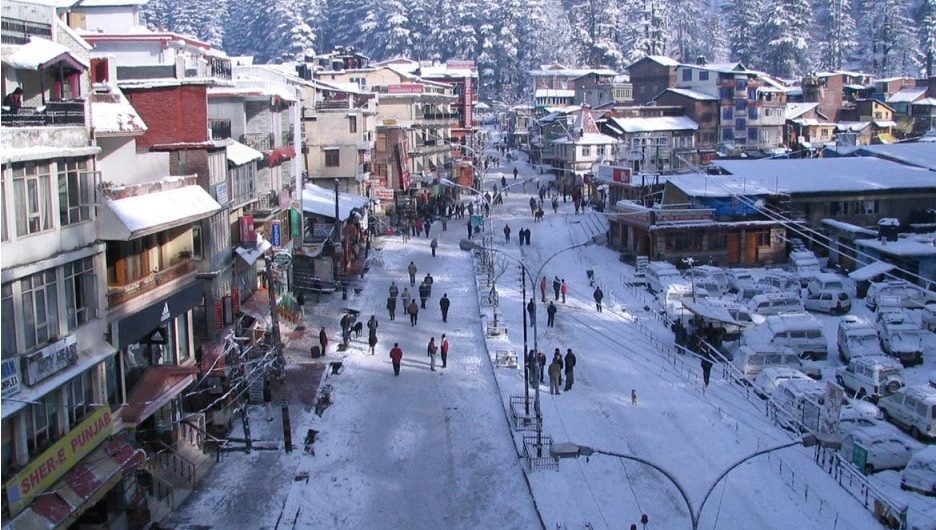 Good amount of snowfall has not only rejuvenated the glaciers of Himachal, but also proved beneficial for tourism industry of the state, with scores of tourists heading to hill state.
Thousands of tourists, mostly couples are expected to visit Manali, Shimla, Dalhousie and Dharamshala in next few days. Also, hundreds of ski enthusiasts are reaching Manali to learn basic techniques of ski this month. Private ski instructors have offered many courses while Atal Bihari Vajpayee institute of mountaineering and allied sports (ABVIMAS) is going to start short and long term ski courses from Wednesday.
“This is the best time to visit Manali when possibility to see fresh snowfall is very high, and tourists are reaching here to capture the romantic moments,” a travel agent in Manali, Roop Chand Negi said, adding, “Tourists are inquiring about the places in Himachal which have experienced fresh snowfall. Shimla and Manali are their first choice.”
Travel agents in Delhi said at least five thousand inquiries per day are coming in to visit Shimla and Manali in January and February. Owner of Himalayan holidays Ritesh Mehta said, “Delhites are most excited about the snowfall in Himachal. Honeymooners are going to warm up the winter tourism in Himachal. Travel agents are having good response”
Bringing cheer among locals and tourists, snowfall is continuing for the third day in tourist resorts of Manali. According to reports from rescue post at Marhi, Rohtang pass has received 3.5 feet of snow. Solang ski slopes have received 10 inch snow. The intermittent rain has melted 4 inch snow in Manali town and converted it into slush.
Manali winter carnival is going to begin from January 5 and for the fun of tourists and participants from across the country, several snow related activities have been added this year. “Competitions like igloo making, snow statue, snowballs, snowman, fun races, snow mobile stunts, paragliding on snow etc would be organized in Manali. The completion would be the unique of its type,” Kullu MLA Govind Singh Thakur said.
Hoteliers in Manali said many tourists are extending their holidays to enjoy the snowfall here. “Two couple from Bangalore who were supposed to vacate their rooms on Thursday have extended their booking for 2 more days. Couples want to enjoy the snowfall as much as they can. Similar is the news from many other hotels,” general manager of hotel Hill Top, Sushil Chandel said.