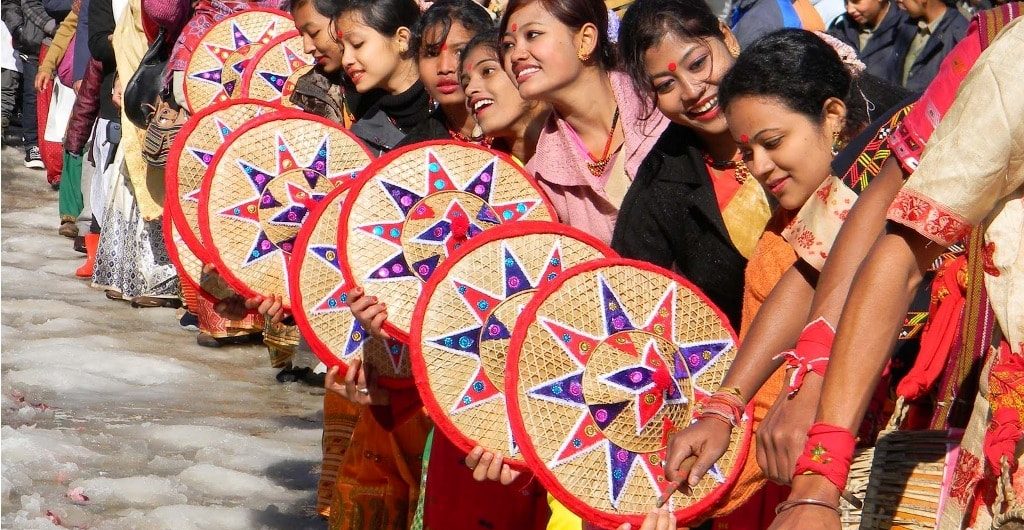 With over 50 cultural troupes from across the country showcased their culture, the first national level Manali Winter Carnival kicked off after prayers at Hadimba temple on Monday.
Braving cold and snow, thousands of people witnessed the unique blend of art, culture and modernization on the Mall Road. Serene atmosphere of hill town is echoing with the Himachali, Gujarati, Bengali, Maharashtrian and other traditional drum beats. Carnival, which was supposed to begin early morning was shown green signal at 2pm due to heavy snowfall. As road links to Manali were blocked by snow till noon, some troupes could not participate in the opening ceremony. In the meantime, national level skiing competition has begun at Solang ski slopes near Manali.
“The carnival of dance, music, fun, culture and games has began in Manali,” Kullu deputy commissioner BM Nanta who is also the president of Winter Carnival organizing committee said, adding that apart from dozens of local artists, 26 teams from different regions are participating this year. “Weather has now turned favourable and participants are dying to present their best performance,” he added.
Hundreds of tourists too enjoyed the blend of cultures in Manali. A tourist from New Delhi Sumesh Gupta said, “We usually cheer the western culture and ignore our colourful, unique and beautiful culture. We should praise the efforts of Winter Carnival to bring together all cultures of our country at a same place. Snowfall is an added attraction for us.”
Organized on the pattern of Goa, Manali Winter Carnival is being celebrated since 1977 during the off-season in winters to attract tourists. Carnival organizers claim that it triggers a surge in tourist arrival and helps increasing the economy of Manali.
Carnival would continue for five days at Manu Rangshala. People would enjoy the folk dances, western dances, fashion shows, singing competitions, laughter shows, men’s personality, winter queen contests and variety of other programs. Meanwhile, winter games lovers would enjoy junior and senior skiing competitions at Solang valley.
State chief minister PK Dhumal was to inaugurate the carnival and winter games but due to inclement weather, his chopper could not take off from Shimla.
Some more pics: