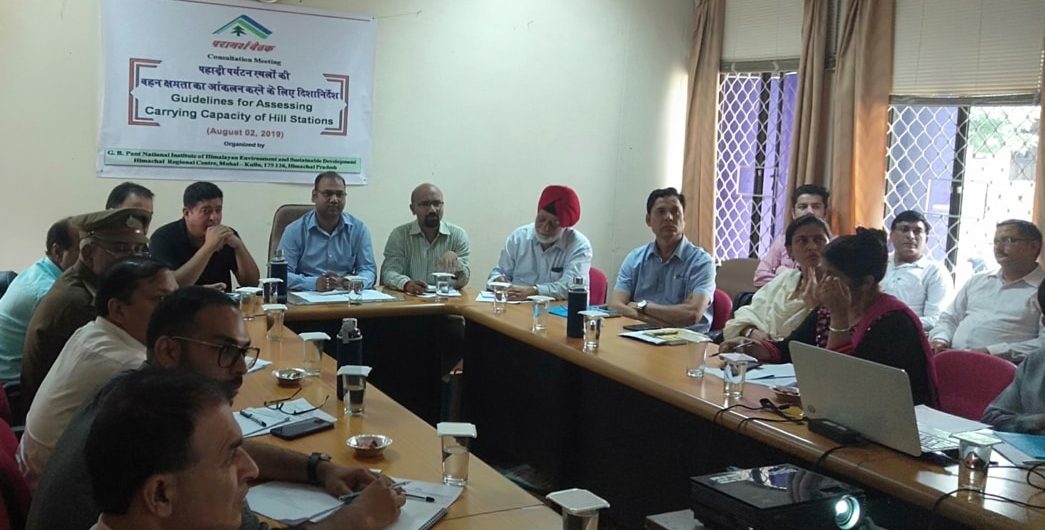 The scientists will soon assess the tourism carrying capacity of hill stations of Himalayan regions of the country and will make a report on impact of tourism on local environment and livelihood.

The scientists of GB Pant National Institute of Himalayan Environment and Sustainable Development are doing a detailed study on carrying capacity of hill stations. A meeting was held at the regional centre of the institute at Kullu on Friday where scientists, officials from different departments and NGOs working in environment protection took part. Concerned for the balance between environment, development and growing tourism, the scientists and officials discussed on various environment related issues.

“The burning issues like environmental balance and security of interests of local people are coming to light while developing tourism industry in the hill stations. It requires a large, long-term and holistic policy. This was the reason behind organizing this consultation meeting so that a practical policy could be framed with help from all the departments,” scientist from the institute RK Singh said.

The hills stations of the country, especially in the hills stations, get crowded during summer season. The crowd not only leaves behind tonnes of trash but also put extra pressure on the available resources like water, roads and electricity. Increase in traffic leads to air and sound pollution. The vehicles leave the roads jammed for hours. No agency has so far studied the safe carrying capacity of hill stations. The scientists from the government institute will be studying it for the first time.

Scientist Vaibhav Eknath Gosavi, Dr Lipika Sharma, Dr Abhay Sharma and Dr Shiv Pal described how environment related problems and conflicts between different sections are natural during growth of the tourism industry in mountainous regions. “The institute is studying deeply to prepare the guidelines for carrying capacity. Detailed discussion with different departments and stakeholders is underway,” they said.