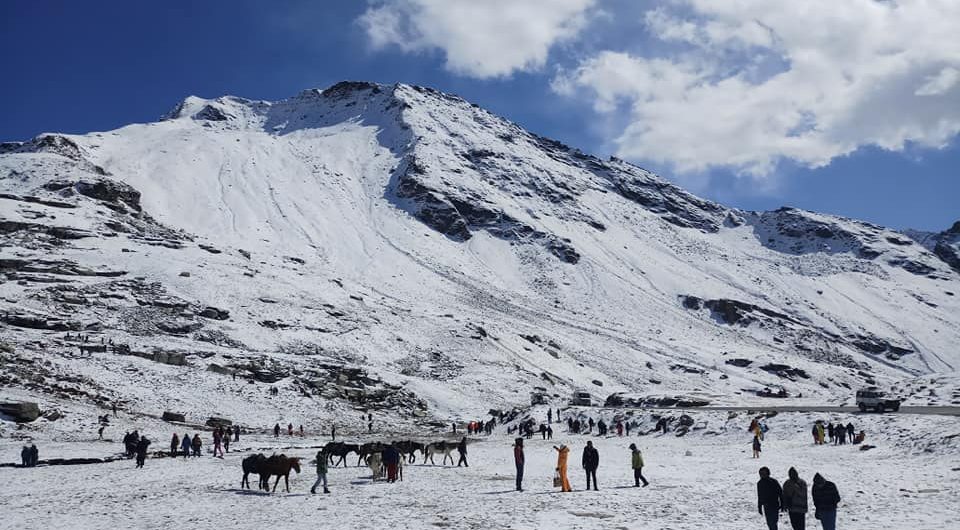 Pre-summer season in Manali has cheered the hoteliers, taxi drivers and thousands of people linked to the tourism industry as rising temperature in plains is drawing them towards hills to get respite from scorching heat.
Peak summer season in Manali starts from April 15 and lasts till June 30 and around 20,000 tourists visit Manali every day during this period. As the temperature is continuously rising in Delhi, Kolkata, Mumbai and other low altitude regions, people are thronging Manali and other hill stations. After witnessing this unexpected rush, hoteliers are busy in renovation of their properties to host the flood of visitors. They are happy to see a regular flow of tourists even during the leanest season time.
“What could be the more soothing feeling that Manali is experiencing a regular flow of tourists round the year and it looks like we are going to remove the term ‘off-season’ from the list of tourism activities soon,” Manali hoteliers’ association president Gajender Thakur said. “There was a time when some hoteliers used to close their hotels in winters till late March to save the unnecessary expenses. Now there is no chance for any hotel to lock their hotel as regular tourist flow is earning them good bucks throughout the year,” he said.
General manager of hotel Chaman, Om Prakash, said he and his staff members are busy serving the guests and they had a wonderful winters this season. “Hoteliers have cashed this March like never before.” Manager of Whispering Valley resorts Manohar Thakur said the good flow of tourists in March is pointing towards a bumper season from the beginning of the April.
Parking places being fully occupied and people parking their vehicles on the highways, Manali police is having tough time dealing with the traffic. Manali traffic in-charge Manohar Thakur said the town is over crowed with the vehicles from other states and police is facing problems while handling the law breakers. “We have a shortage of men power and traffic is growing sharply. A master plan would be prepared to tackle the problem,” he added.