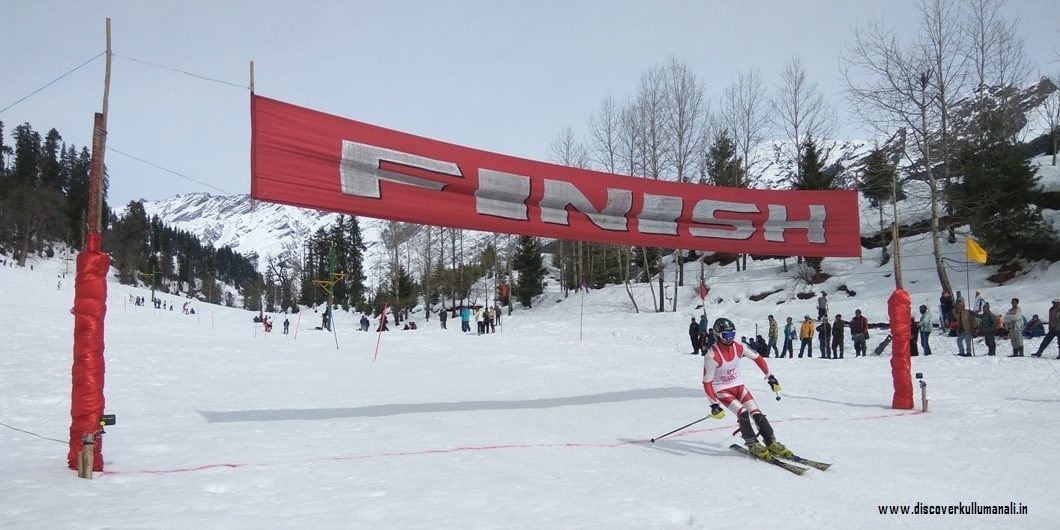 MANALI: As the slopes of Solang have been receiving good snow, Manali is all set to host the National Alpine Skiing and Snowboarding Championships from February 2. The championships were postponed due to no snowfall in January.

As many as 11 national teams and many skiing clubs from Himachal are taking part in the competitions. The organizers have received some individual entries as well. The championships were earlier being organized along with national winter carnival of Manali from January 2 to 6. As the slopes had inadequate snow, the races were postponed. Lack of snowfall had forced organizers to cancel the event last year as well.

Solang slopes are still covered with over 60cm of snow and more snow is expected to fall in coming week. After being assured of availability of enough snow between February 2 and 6, the organizers have given nod to the tournament.

Himachal Pradesh Winter Games Association (HPWGA) and Atal Bihari Vajpayee Institute of Mountaineering and Allied Sports (ABVIMAS) are organizing the event under the guidelines of Indian Olympics Association (IOA). Purpose of the championships is to provide athletes with a national platform and promote winter tourism in Manali.

ABVIMAS joint director Ashwani Kumar said a total of five competitions — both in men and women categories — will commence in the championships. “Slalom, joint slalom, ski cross, snowboarding slalom and snowboard cross races will be held. Besides trophy and certificates, cash prize of Rs 25,000, Rs 15,000 and Rs 10,000 would be awarded to the top three winners in each category. Minimum age of the participant should be 16-year. The ski kit should be at par with international standards. Preparations are being done on war footings,” he said.

HPWGA president Roopu Negi said the championships will commence according to IOA technical guidelines. “IOA will appoint technical delegate and observers. We have to report to the IOA every activity of the event. We had organized similar tournament in January 2017 which had gained much popularity among winter games lovers. This time, too, we shall host the event as per international standards. We shall not let down the winter games lovers. We pray for very heavy snowfall which will make our efforts successful,” he added.

Unavailability of proper infrastructure has been a major hurdle in organizing international winter sports events at Solang. The slope has no snowmaking or snow grooming machine and competitions will commence on natural snow with rough surface.

Mostly HPWGA organizes the national championships at Solang at its capacity. This is the first time that government is helping event with funds besides technical assistance.

Teams of Himachal, J&K, Uttarakhand, Delhi, ITBP, Indian Army and many clubs and individual athletes are expected to take part in the championship.

Despite the fact that Manali has most number of professional skiers in the country, the town fails to host big championships only because of lack of infrastructure and funds. Sports minister Govind Thakur has assured organizers and athletes of better skiing infrastructure very soon.