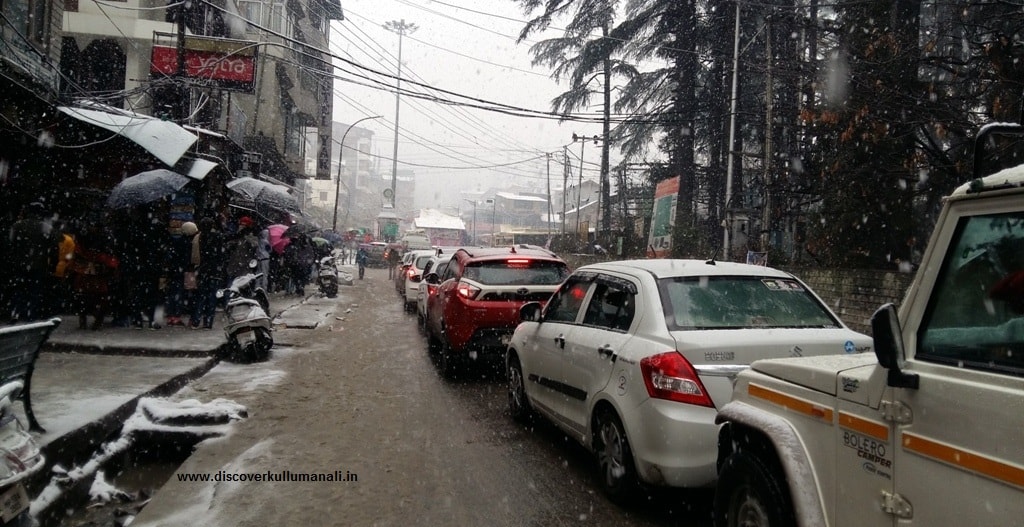 Kothi and Manali town received 90cm and 15cm snow respectively. Rohtang is expected to have received over 5ft of snow. The snowfall was continuing while filing this report. Udaipur and Keylong in Lahaul valley have received 25cm and 13cm more snow. As the temperature is not freezing, the snow is wet. Snow turned slush and melted away at some places while lower regions which used to receive good snowfall received only rain.

Solang slopes have enough snow where skiing courses will commence from this week. National skiing competitions that were postponed due to no snow on slopes will be organized soon. The dates are yet to be finalized.

Electricity cables were snapped by snow, pushing some villages into darkness in Manali. Employees of electricity board were engaged in restoration of the lines even in snowfall. Similar was the condition at villages at high altitude. Nearly 60cm snowfall on Jalori pass has blocked Kullu-Anni road.

Thousands of tourists have made beeline to Manali to see snowfall. Given the safety of the tourists, police have restricted tourism movement to Bahang, 6km from Manali. Still, Manali-Bahang road was jammed with tourist vehicles. Many of them got stuck near Nehru Kund area due to slippery road. Vehicles were later pushed out of snow with help of local drivers. Still, a large number of vehicles are stuck in snow at many parts.

In Mandi, administration has imposed ban on going to Shikari Mata temple and other high altitude regions on Seraj valley which are experiencing heavy snowfall till March 31. SDM at Seraj Surender Mohan said warning signage have been put on the way that tourists and pilgrims should not go to higher regions which are getting snowfall. “This can be fatal. Those violating the warning would be liable for legal action.”

Manali: Winter Queen beauty pageant is continuing amidst snowfall at Manu Rangshala, an amphitheatre in Manali, where beauties from many states are vying for the winter queen title. The contest is the part of the ongoing National Winter Carnival.

The final round of the contest will run till midnight after which new winter queen would be announced. After screenings, 28 girls were finalized for first competitive round on January 4 evening. The second round concluded on January 5. After disqualification, 11 girls have been shortlisted for final round. The queens would do catwalk on the open ramp wearing western and traditional dresses while it is snowing here. After undergoing different tests to check dressing sense, IQ, presence of mind and different aspects, the winner would be crowned in the midnight.

Manali SDM Raman Gharsangi, who is vice chairman of Winter Carnival Committee, said winter carnival has been successful and concluded on Sunday. “Snowfall came as blessings for hoteliers and tourists. Tourists are having fun in snowfall. We are keeping an eye on the situations and all the government departments are on alert,” he said.