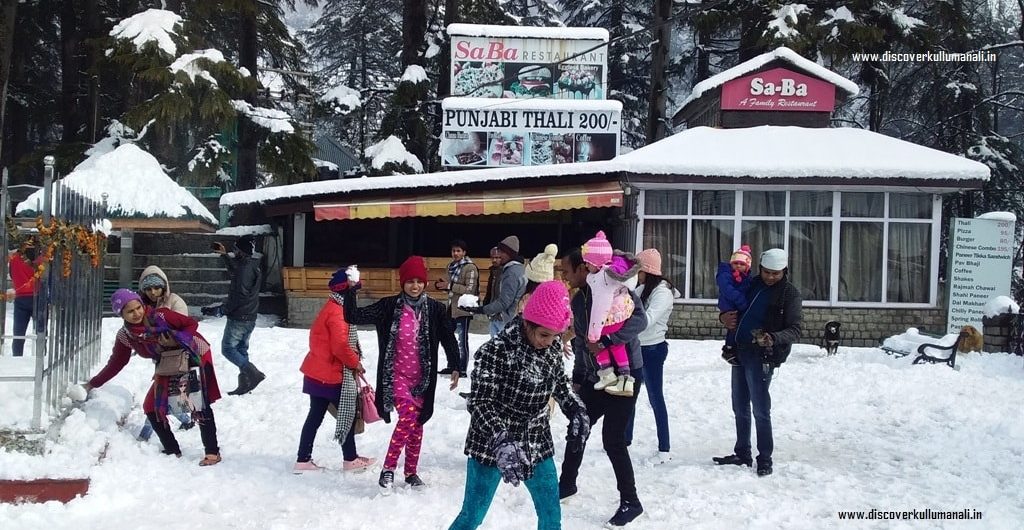 MANALI: Many parts of Himachal including Manali, Shimla and Dalhousie woke up to a thick layer of snow on Sunday, bringing cheers to tourists, hoteliers and local residents. This snowfall came as a blessing for fruit growers on the occasion of Lohri.

After snowfall, weather turned clear on Sunday morning and residents basked in the sun. But, later in afternoon black clouds were again hovering over the sky and some parts of state including Manali again saw some snowflakes.

Fresh cold waves are active in the state. The day temperature has been very low. Dozens of roads in Shimla, Kullu, Chamba and Lahaul are either blocked or partially blocked after the snowfall. Some places had no power supply. The Manali town and surrounding areas had no electricity till afternoon.

Tourists had fun in snow in Manali, Shimla and Dalhousie. Taking safety measures, tourists were not being allowed to go beyond Bahang in Manali. Hoteliers are extremely happy that snowfall will bring them more business in coming days. Himachal had not received good snowfall last year which had adversely affected tourism and fruit crops. Compared to last season, the hill state is getting good snowfall.

Meanwhile, Keylong sub-divisional magistrate Amar Negi said north portal of Rohtang tunnel in Lahaul has been closed for all kind of traffic movement. “As per information received from Border Roads Organization, the tunnel portal has been closed due to ongoing heavy snowfall. All people are requested not to go towards the tunnel. In case of any mishap, the person would be responsible himself,” he said.