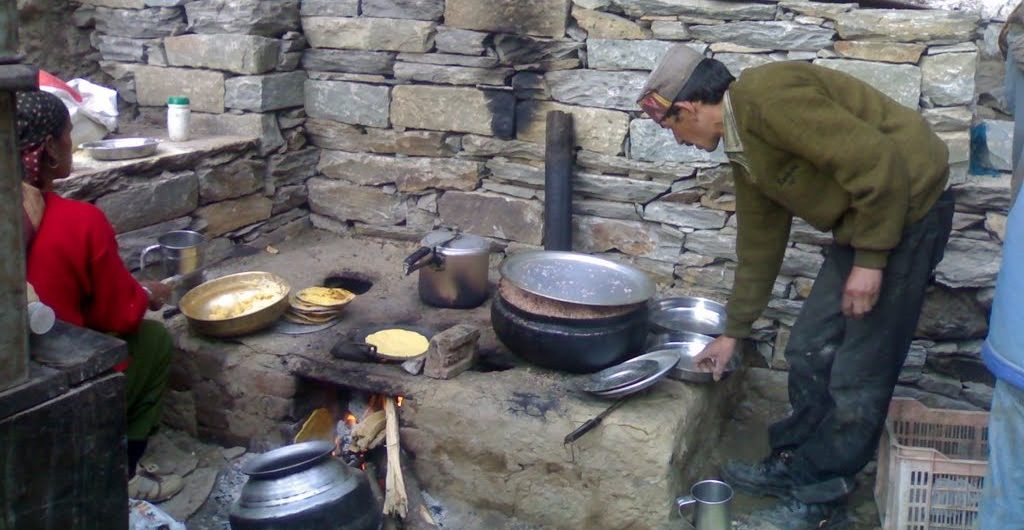 MANALI: Jana, a remote village of Kullu, with efforts of its occupants has turned into the fastest growing tourist spot of Manali with nearly 50,000 tourists visiting the place annually. Jana has today the potential to become top tourist destination of the region and Mani Ram is the man who had laid foundation to this achievement 17 years ago.

The village is now famous as ‘Jana Waterfall’ as it also has a small waterfall. Tourists have three reasons to visit the village — waterfall, beautiful drive through dense deodar forest and pure desi food items prepared by Mani Ram. Going back to 2002, when not more than 100 tourists used to visit the beautiful village and its surroundings. The fragrance of desi Kullu cuisines and efforts of this village guy have established a new milestone.

“I used to invite my foreigner friends to taste my desi food 17 years ago who themselves advertised this place and people started searching for me. Number of my customers has increased from less than 5 in 2002 to more than 400 today and the number is increasing every year,” the proud founder of this tourist destination, Mani Ram, said. According to him, nobody developed this place and it was the beauty of village and its people which forced people to visit this place.

Situated at height of about 9,000 feet and 32km from Manali, Jana Waterfall has created opportunity for about 50 villagers who after getting influenced from Mani Ram are earning from tourists by operating dhabas, developing photographs and offering taxi services to nearby places. The densely populated village also attracts tourists for its ancient architecture, temple and cultural events.

Deep Prakash, a Jana villager, who has been witnessing change in the village in last 15 years, says, “Only some trekkers used to camp here for a night halt some years ago. No doubt these are the efforts of Mani Ram who never gave up and continued wooing tourists with his talent. He personally kept requesting tourists to visit village and taste his food. Now hundreds of tourists are reaching here daily and opening of nearly 10 more desi dhabas has ensured that Jana is soon going to become number one tourist spot of Manali.”

A thali which contains 11 dishes including red rice, makke ki roti, saag, bichhubooti chatni, lingdi ka achar and local pulses and vegetables prepared by local spices has become the brand of Jana which otherwise cannot be found elsewhere in the world. According to Mani Ram, he cooks his dishes with traditional style in traditional pots and his cuisines has same taste as it used to be hundreds of years ago.

Though the tourism department has included Jana waterfall in list of local sightseeing places of Manali but Mani Ram complains that condition of the road to village has not been improved by the government for years. “If approach road to Jana would be developed and adequate parking space is built, the number of tourists arrival would definitely double only in a year,” he rues.