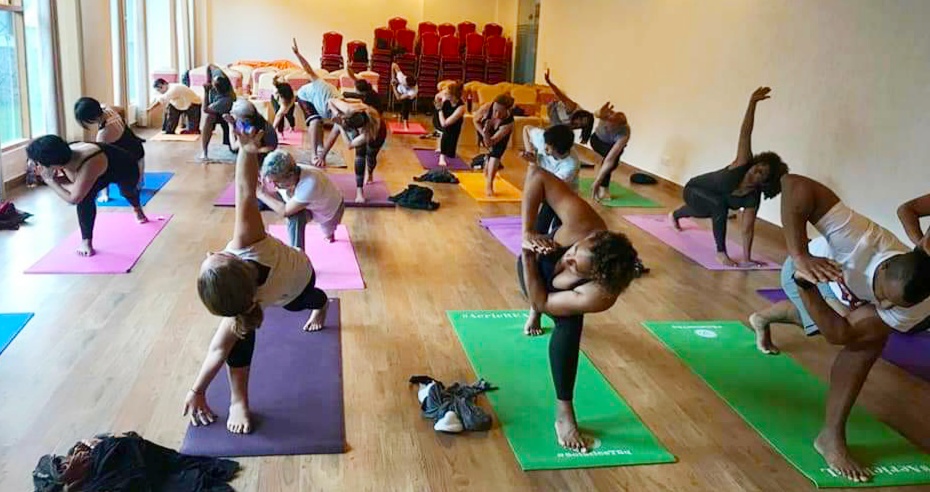 The professionals, including doctors, from the USA have made Himachal a new hotspot to practice Ayurveda, the century-old ancient healthcare tradition of India, giving boost to the local tourism.

A large number of Indian Ayurveda doctors in America are contributing in motivating Americans to adopt Ayurveda and yoga to heal their body and Dr Naina Marballi is one of them. Born in Mumbai, Dr Naina runs Ayurveda’s World, one of the oldest Ayurveda centres of New York City’s since 1998. Her centre is certified by the American Association of Drugless Practitioners (AADP) to provide Ayurveda study programs. From Hollywood celebrities to doctors and businessmen, a large number of Americans are pursuing Ayurveda with help of Naina. She brings her students to Himachal for study programs and her students further teach this ancient system of medicine to their students.

“India has already become a wellness centre of the world. Himachal has the capability of becoming the national wellness capital due to its pleasant weather and scenic locations. I bring 34 students at a time and most of them are from America,” Naina said, adding that half of them are repeated students who wanted to visit India again and again. “The atmosphere of Manali which is perfect to study Ayurveda has left an unforgettable impression on my students. The students also practice yoga and they chant Sanskrit mantras.”

Maria Elena Rumayor, a student from the US, said what can be the better place to learn Ayurveda other than India where Ayurveda evolved in ancient time. “I was excited to see Himalayas and study here. It’s beautiful. Ayurveda and yoga have impressed me a lot. Ayurvedic and herbal medicines ensure physical and mental health without any side effect. I have many reasons to choose Ayurveda,” she said.

According to Alexandra Martynova, the only student from Russia, who is also a renowned model, she chose to learn Ayurveda because western medicines are used to cure a particular disease but Ayurveda heals the whole body and can be applied before any disease attacks the body. Regular practice keeps us physically and mentally fit. Learning Ayurveda in the lap of Himalayas make learning more exciting,” she added.

Given the demand from Indian and foreigner tourists, a large number of Ayurveda centres and spas are coming up in Himachal. A large number of hotels in Manali are emerging on the theme of Yoga and Ayurveda tourism. Tourists are spending days, sometimes weeks practicing yoga.

Chaman Kapoor, owner of hotel Snow Flakes Resorts in Manali, said many of his clients are foreigners who come to practice yoga and Ayurveda. “I knew that yoga and Ayurveda tourism is the future of Manali, I tried to design my hotel in such a way. I’m making more changes to the property to meet the demands of the clients. Sometime they want to practice indoors while sometime they want to sit in open place close to the nature.”

Atul Mohile from Contour Travels, Mumbai, who organizes yoga and ayurveda tours in India, said this is the first time that he brought the Ayurveda and yoga tour to Manali and he is happy to choose this beautiful location.

“Manali has huge potential of Ayurveda tourism but government should improve the infrastructure. Government should not look at Manali only as a honeymoon and family tourism destination. The roads required a facelift. We had to travel for 15 hours from Delhi to Manali. Otherwise, this was just an 8-hour drive. The foreigners were upset that where they are going to. However, once were reached here, they were really impressed. After PM Modi spread awareness about Ayurveda and yoga, all want to come to India as it’s the origin of both,” he said.

The Himalayan
Previous postIn a public hearing, Manali says no to TCP in villages
Next postWorld’s highest bungee jumping in Manali soon

Rajender Khote
Reply
Where I can get the contact details of Mrs Naina Marballi?

The Himalayan
Reply
Check out this link https://www.ayurvedasworld.com/