In a public hearing, Manali says no to TCP in villages

In a public hearing, Manali says no to TCP in villages 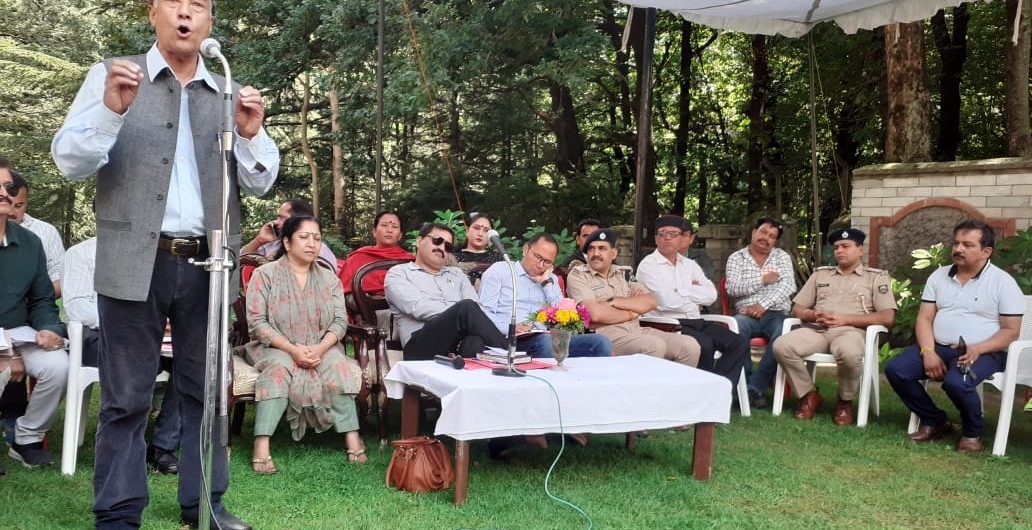 In a public hearing organized by town and country planning (TCP) sub-committee in Manali to know the public views, all the people opposed TCP rules being enforced in the village areas as the Act was not practical in congested villages with limited land.

The Himachal government will organize public hearings in different parts of the state to know the public views and to hear grievances. The TCP Act is likely to be amended based on the public opinion. The first such public hearing was organizing in Manali which was chaired by forest and transport minister Govind Singh Thakur who is the member of cabinet sub-committee for exclusion or inclusion of TCP areas. Besides TCP, officials from all the departments were present on the occasion.

Villagers, hoteliers, stakeholders and panchayat representatives were present in the hearing. The present people were given chance to share their opinion and grievances one by one. All the people present on the occasion unanimously said that given the tough geography of Kullu district and limited land in congested villages, it was impossible to follow the strict rules of the TCP. As hoteliers are most affected by the TCP Act, a large number of hotel owners were present in the hearing.

“The TCP department should have formed village level committees before making and enforcing the new TCP Act which brings villages under its purview. The villages are densely populated and everybody has limited land. If a person has a house on 150sqm land and he has three children who further want to build their own houses, the TCP Act does not allow building house on 50sqm land. The Act is made for the development of Himachal but Himachal cannot be compared with plain states. If anybody wants to make homestay or guesthouse in a village, TCP is the main hurdle. The hoteliers in village area are having the same problem. So, we want to exclude villages from TCP Act,” Manali Hoteliers’ Association president Anup Ram Thakur said on the behalf of hoteliers.

KR Thakur, resident of Aleo village, said all villages of Manali are coming under TCP area as the rule say the area in 300m from the roads will come under their purview. He demanded to exclude villages from TCP rule which was hampering the development. Chaman Lal Kapoor requested to allow commercial properties to use the attic section of the building which currently cannot be used as per TCP rule. CR Premi said the height of the ground floor of commercial properties, which should be used as parking, should be allowed to increase as even middle size vehicles cannot enter them.

Subhash Thakur from Chhiyal village alleged that TCP was doing nothing to solve the parking problem. “According to TCP Act, all hotels should have their private parking to accommodate all vehicles but most hotels in Manali have no parking. What action did department take on it. Prem Lal from Aleo village said TCP allows maximum height of the roof to be 2.5m but people don’t get enough slope on the roof so that snow slides down by gravity. He said his entire roof got collapsed due to this rule. He demanded to increase the permissible limit of height of the roof.

Buddhi Prakash from Khakhnal village said that as per record of National Green Tribunal, Kullu district has 2,500 hotels while tourism department has less than 700 hotels registered with them. He said does this mean other hotels are illegal and not registered. Mukesh Thakur said TCP should not work only as a department to pass the buildings and fine the defaulters but ensuring facilities like parking, proper roads and sewers is also its duty.

While everybody demanded to exclude TCP from villages, Hukam Thakur from Gojra village said domestic houses should be given relaxation but commercial properties in villages should fulfill TCP norms. He said if Himachal witness earthquake like 1905, lakhs of people will be killed. He said hotels are polluting the water sources of the villages.

Assistant town planner Rita Mahendaru said TCP is not new in Kullu-Manali and it was introduced here in 1995 in area of 80km from Bajaur to Kothi.

TCP sub-committee member Govind Thakur said they have noted the demands and problems of the people and will keep the same before cabinet sub-committee for exclusion or inclusion of TCA areas for further action. “Government wants to know the public views on the TCP Act. We shall organize similar public hearings in different places. We want a TCP Act that ensures well planned infrastructure without troubling public,” he said.