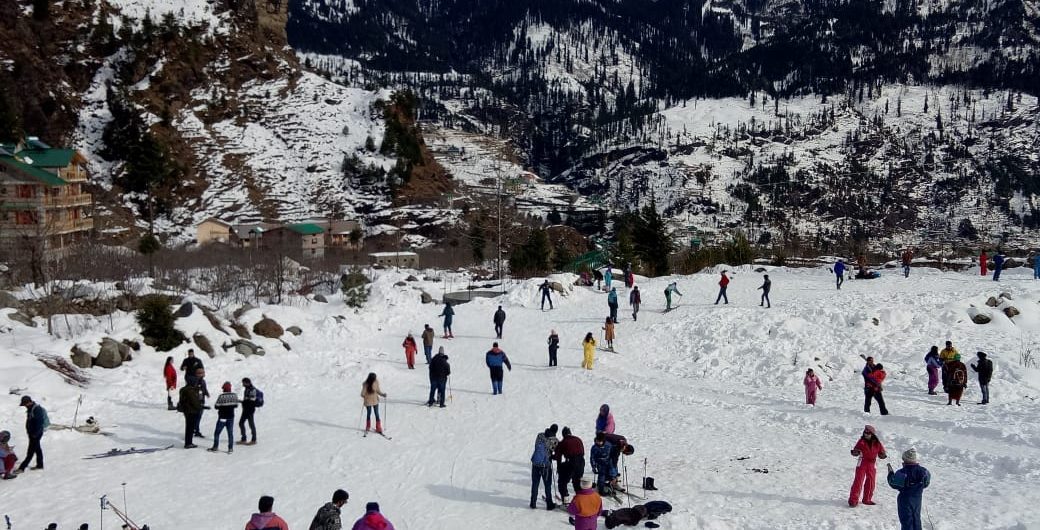 While the growing tension between India and Pakistan has badly affected tourism in Kashmir, there is no impact on tourism in Himachal where tourists are thronging to see snow and hoteliers are claiming to have observed satisfactory business in winters after many years.

Despite lean season and advisory for avalanches and landslides, tourists are visiting Shimla, Manali, Dharamshala and Dalhousie. The state is witnessing frequent spells of snowfall. Tourists don’t want to lose their chance to see fresh snowfall. The major roads in state were reopened shortly after heavy snowfall. There were reports of tourists stranding in Spiti valley but roads to other destinations remained mostly open which encouraged tourists to experience the winters of Himachal.

“I have seen such a tourist crowd in January and February after many years. Not only I but all did good business here,” a tourist photographer Lal Chand said. “Bahang, Nehru Kund and Solang, you will see a large number of tourists enjoying with snow. We used to stay home for many days in winters when we had no work. Tourists are making a beeline to Manali even during heavy snowfall.”

Manali Hoteliers Association president Anup Ram Thakur said Mother Nature is blessing Manali with good amount of snow which is attracting tourists to this town. “Over 50 per cent tourists visiting Manali got chance to see fresh snowfall January and February. All the hotels are giving special discounts to the tourists. This is lean tourist season and hotels are not fully occupied but still doing good business. If our roads were good and we had good air connectivity, more tourists would have visited the town. We appreciate steps taken by Kashmiri hoteliers to help the stranded tourists,” he said.

Shimla hoteliers are also doing well, especially in weekends. A hotelier Rajesh Kumar said, “Unlike last year when we had no snow, Shimla city and its upper reaches have received good snow. Tourists had some problem after snowfall when roads were blocked but they still enjoyed the moment. We have more tourists in weekends. Tourists now stay updated with weather forecast and come to see snowfall. We have not noticed any downfall in tourism due to tensions between both the countries.”

Tourists first started leaving Kashmir after Pulwama attack and now after growing tension between India and Pakistan. While hoteliers in Kashmir are offering free accommodation and meal to stranded tourists, J&K tourism has issued helpline numbers for tourists. As tourism of J&K, especially Ladakh and Vaishno Devi pilgrimage in Jammu, are connected with Himachal tourism, its impact can be seen in coming months. Thousands of tourists, including foreigners, opt for Himachal visit along with Ladakh or Vaishno Devi.