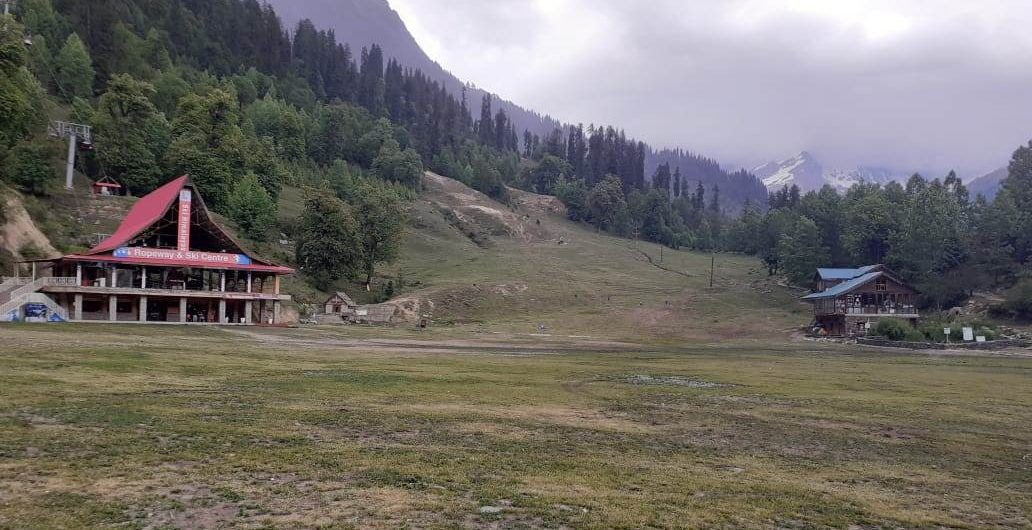 Himachal can now host international skiing and snowboarding championships as Solang slopes near Manali are being developed to meet all the requirements of international standards.

The length of the existing slope is being increased by over 130m. The surface of the slope will be leveled and groomed. A team of technical committee led by Atal Bihari Vajpayee Institute of Mountaineering and Allied Sports (ABVIMAS) director carried out a final survey of the spot on Thursday. Taking advantage of the lockdown when Solang valley is missing the tourist crowd, the work will start in a few days.

ABVIMAS director Col Neeraj Rana said the work on slope will begin in 2-3 days. “Slope is being developed keeping in view the international standards. Work will continue day and night and will finish within two weeks. The ground survey was conducted in presence of technical team on Thursday. The existing slope is about 340m long which will now become 470m-long. Come winter season and the snow-laden slope will be in a new look,” he said.

At present Himachal has two skiing slopes – one at Solang and other at Narkanda. Both slopes are in dilapidated condition in absence of basic infrastructure. The natural slopes are short in length and not work hosting international races. Local ski clubs with help of government have hosted many state and national level tournaments on the slopes but failed to get approval to host international events.

Rana said Solang can now host international tournaments from this year onward. “Solang slopes get very heavy snowfall. Slopes are well connected by road and ABVIMAS has its hostel at Solang. The area has many hotels. All conditions are favourable for world-class skiing. The short slope was the main hurdle. Some other technical issues of the slopes will be improved one by one, besides increasing the length,” he added.

Now local ski clubs want complete facelift of Solang, popularly known as adventure valley of Himachal. Snow beating machines to groom the surface of the snow, snowmaking machines and a new bar lift to take athletes to the start point of the slope are also proposed to be procured soon in the future.

Himachal Pradesh Winter Games Association (HPWGA) president Ludar Thakur said Manali is the hotspot of winter games athletes of the country who have represented India in dozens of Olympics, world cups and other international championships.

“Despite this, our athletes were rehearsing on the dilapidated slope. Many times athletes had to go abroad for better training. We had requested sports minister Govind Thakur to do something to improve the infrastructure a few months back. He visited the spot and gave approval to expansion of the slope. We are now hopeful of getting snow beating machine, snow makers and bar lift as well,” he said.

With a complete ban on tourist movement following the enforcement of curfew and lockdown in Himachal, the Solang valley has regained its greenery after over a decade.

The valley used to be green few years back but the greenery was lost to tourist crowd. The main ground and the slopes of Solang where different tourism activities are conducted round the year had turned barren and filled with mud. Paragliding, all-terrain vehicles, zorbing, horse riding and many other activities run here year-round while skiing and snow scooters can be seen during winter season. Lakhs of tourists visit the valley every year. The natural beauty of the valley had lost to tourist crowd.

“Our Solang valley has regained its natural beauty. Green grass has grown everywhere. As there is no tourist movement and the valley is wearing deserted look, local sports clubs also found opportunity to water the ground and grow the green grass so that tourist can enjoy the greenery in coming days. We have also decided that we shall keep watering the whole area to maintain the natural beauty,” a local adventure sports operator Roshan Lal said.

Not just Solang, but the lockdown period has rejuvenated all the tourist spots of Manali. The tourist sports are filled with greenery. Gulaba is covered with wild colourful flowers. The Van Bihar, Manali sanctuary area including Hidimba temple premises, has also regained its natural beauty.