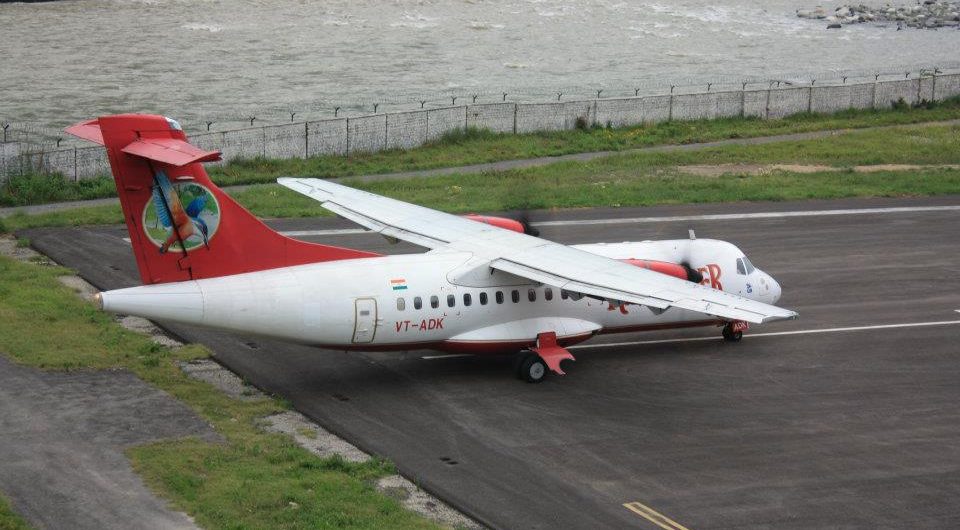 Alliance Air, the subsidiary of Air India Ltd, is resuming its flight operations thrice a week between Delhi and Kullu from July 16, an official said.

Alliance Air is the only airline conducting sorties to Kullu for a long time. The airline had suspended operation after a nationwide lockdown. The domestic flights in the country had recommenced operations from May 25 but the airline had cancelled its sortie to Kullu as it could not get slot at Delhi airport.

“The flight will operate on Monday, Thursday and Saturday. Airline will be deploying its 70-seater ATR 72 aircraft for the route. Flight 9I 805 will depart Delhi at 6:45am for Kullu and land at 8:05am. The flight 9I 806 will depart Kullu at 8:30am and arrive in Delhi at 9:50am. The booking is available online or through our travel agents,” an official from Alliance Air said.

He said that the flight will be adhering to all government guidelines and standard operation procedures (SOPs) issued by Ministry of Civil Aviation. “All required precautionary measures will be taken inside the aircraft as well as at time of check-in, boarding and arrival. The aircrafts are being disinfected rigorously after each flight to eliminate any risk of infection,” he added.

Himachal has three airports — Gaggal in Kangra, Jubbarhatti in Shimla and Bhuntar in Kullu. The runways in Himachal being short in length, only ATR 72 and ATR 42 planes land here and the planes already face load penalty of 30 to 50 passengers which is almost half the capacity.

Social distancing will not be a major problem as even in general conditions sometimes only one passenger sits in one row following the load penalty. And check-in counters and arrivals never witness passenger crowd.

While three flights a day were already operating to Gaggal airport, Kullu-Manali will also be connected by the one flight.

Meanwhile, Shimla airport, one of the most dangerous airports in the world, has not received any flight for a long time due to technical and other reasons. Officials are in process to acquire nearly 125 bigha of land to expand the runway.

Similarly, the expansion of Kullu-Manali airport at Bhuntar is proposed. If the alliance air flight between Delhi and Kullu sees a good response, the frequency of flights in the weekdays can be increased.