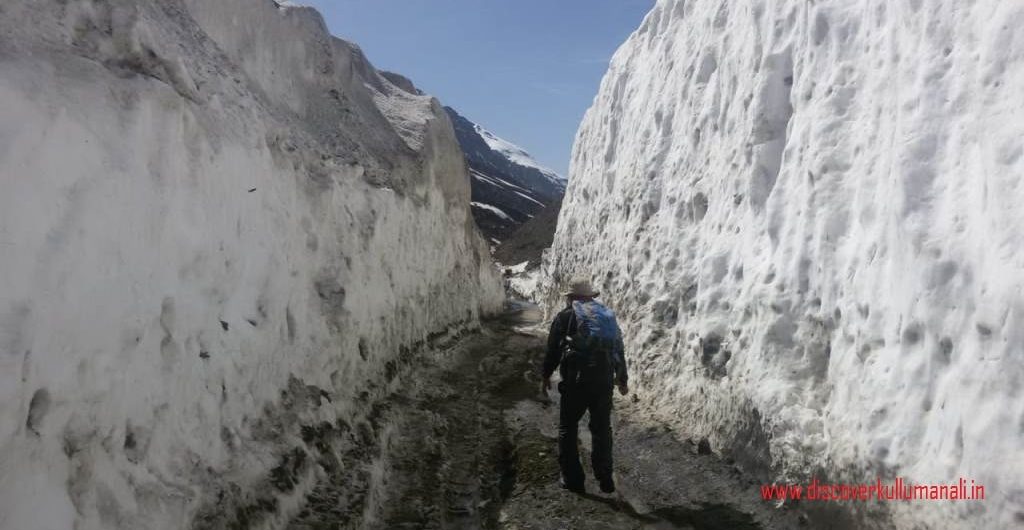 As elections are nearing, Border Roads Organization (BRO) has speeded up snow clearance operations along Manali-Rohtang-Keylong highway. Rohtang, which is still experiencing fresh snowfall, is expected to open for tourists by end of May or early June.

Meanwhile, people have continued to cross Rohtang on-foot while local authorities are helping some people in traversing Rohtang tunnel.

On Wednesday, nearly ten people had left Manali for Lahaul but they failed to withstand blizzards on Rohtang and had to return back to Manali. Rescue post at Marhi and Koksar have now alerted pedestrians not to go towards Rohtang pass which has received nearly 15cm of more snow on Wednesday.

The temperature in Manali and Lahaul valley has sharply dipped after snowfall on hills and rain in the lower regions. People had to wear sweaters and jackets to protect them from cold.

With target to resume traffic on Manali-Keylong highway before election, BRO jawans are working till late evening to clear snow from the highway. The machines have successfully cut through the snow and ice walls of Rahni nullah, the most difficult stretch of the road where snow depth was more than 40ft.

Jawans from Manali side will clear road of snow till Rohtang within a week but it may take at least two more weeks for other BRO team to reach the pass from opposite side.

BRO is still cutting 10 to 20ft deep snow and have reached nearly 1km beyond Rahni nullah. The weather has again turned inclement but BRO machines are unstoppable. BRO’s focus is on connecting Lahaul with Manali. Then organization shall concentrate on clearing snow from Darcha-Sarchu stretch.

Be it through Rohtang tunnel or via Rohtang pass, residents of Lahaul who had migrated to Kullu or other places to spend winters have started to come back home before election.

On Wednesday, 544 people used 8.8km-long under-construction Rohtang tunnel to reach their destinations. 372 people from Kullu went to Lahaul while 172 people came from Lahaul to Kullu via tunnel.