Two months after ban, paragliding picks up pace in Manali

Two months after ban, paragliding picks up pace in Manali 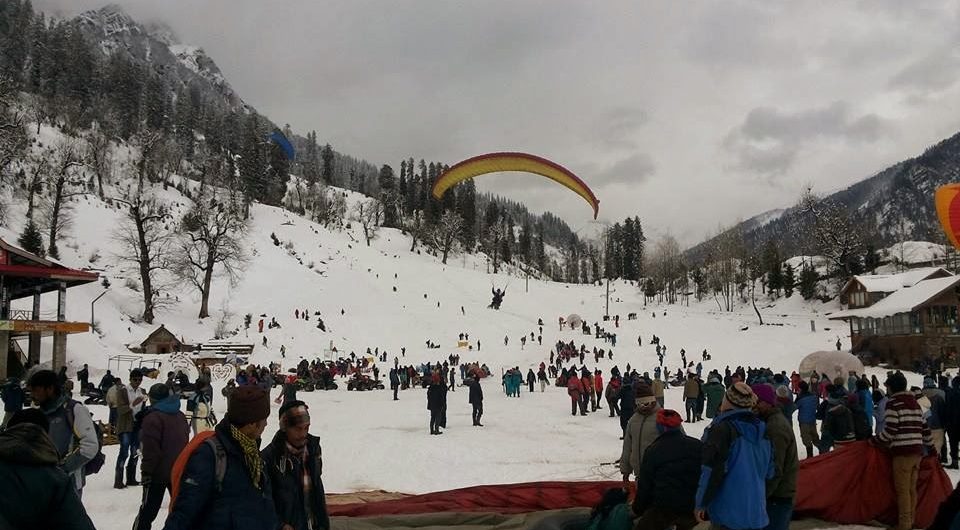 Crystal clear sky on the top, deodar trees below the
legs, snowcapped mountains all around and colourful paragliders flying with
light blows of air, tourists, getting huge wings, are enjoying each moment in
Solang valley near Manali.

Paragliding at Solang after two months of ban is picking up pace with adventure enthusiasts making beeline to the
valley. The day temperature being quite good for aero sports, paragliding is
thrilling tourists as pilots are getting good elevation with warm air. Over 100
trained pilots are conducting paragliding at Solang valley. Tourists are being
charged Rs 500, 900 and 1,500 for low, medium and high flies respectively.

A paraglider,
Ganga Ram Thakur, said the government had imposed ban of paragliding in monsoon
season and they suffered big losses in two months. He adds, “We are having good
start in September. Very few tourists dare to fly in winters after December, so
we’ll have to compensate the losses of monsoon and earn for winters before it
snows here.”

Many enthusiasts
are reaching here for short term paragliding learning courses. According to
instructors, this is the best time for parasailing as combination of hot and
cold air helps pilot in achieving the good elevation. Vijay Kumar, an
instructor, said tourists are reaching here for three to 10 days paragliding
learning courses while many have booked the courses in advance. “Most of the people
want to learn all techniques of paragliding in a single day which is not
possible. They don’t have much time in hand. So, three to five days courses are
most popular among them,” he added.

Most of the
tourists go for low fly which hardly lasts for five minutes but its fascination
force them to experience the high fly too. Local pilots say many fascinated
tourists go for multi flies in a single day and few of them visit them even on
the second day. Paragliding has become an important part of the tourism of
Manali that a large part of tourists ask for the status of this game before
planning their visit to Manali.