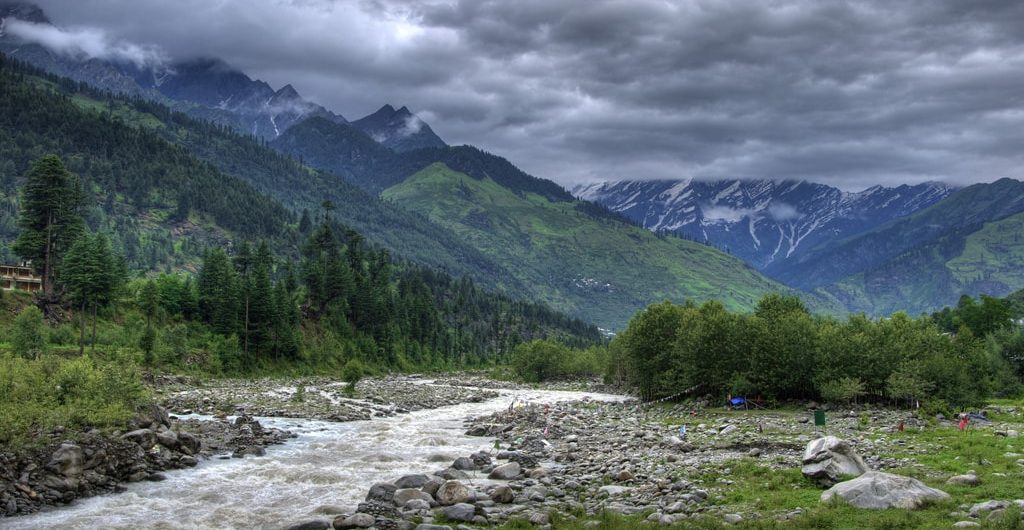 With hundreds of domestic and foreign tourists visiting Kullu valley for trout fishing in cold water streams of Beas, Parbati, Tirthan and Sainj, angling tourism is at its all time record level attracting over hundred tourists every month.

Its trout fishing season and rivers in Kullu have been deluged by enthusiastic anglers who have come to try their luck in trout-catch from across the globe. Himachal Pradesh Fisheries Department who occasionally drops trout eggs in steams has designed very easy norms to obtain license for angling for a whole day. The department sold record 1,210 licenses in 2012 only in Kullu which was 500 more than its target. 750 licenses were sold in 2011.

“More and more people are visiting Kullu for angling and the sport is helping in increasing the tourism in valley,” HP fisheries department deputy director SP Mehta said who claims even more anglers would visit valley for trout fishing this year. He further tells, “We are promoting angling as adventure sport and anybody can get a license after paying fee of Rs 100 for one day. But the angler cannot catch more than six fishes a day and the minimum size of fish should not be less than 40cm.”

To attract more anglers, Kullu Anglers Club in association with fisheries department organizes national angling competition every year where award is given to biggest catch. Such one competition was organized on April 13, 14 in Kasol valley where some entries were from abroad. Catching trout by other than fishing line and bait is illegal.

British had left trout in cold water streams of Himachal to encourage angling nearly hundred years ago. Trout waters in Himachal are estimated about 2,400 km in length where both brown and rainbow trout thrives. Fisheries department has empowered tourism officers in all districts to distribute fishing license to promote angling as tourism. Himachal tourism department has a Angler’s Bungalow situated by bank of river Beas in Katrain where anglers can get accommodation at cheap tariff. Trout fishing remains completely banned between November 1 and February 28 every year to help them breed and propagate without interruption.

KULLU: Not only for tourism purpose, but fisheries department is promoting trout farming to strengthen the economy in villages. Kullu based Indo Norwegian fish farm, Patlikuhal, of the department has the only trout feed processing unit in country which produced record 92 tonne feed in 2012-13. The unit exported 2.5 tonne feed and 30,000 trout embryo to Bhutan. Two lakh trout embryo were given to Sikkim. Deputy director of fisheries department, SP Mehta, said the Patlikuhal based this farm also produced record 16.47 tonnes of trout in last financial year. “Trout is proving beneficial for Himachal both in tourism and commercial points of view,” he said.