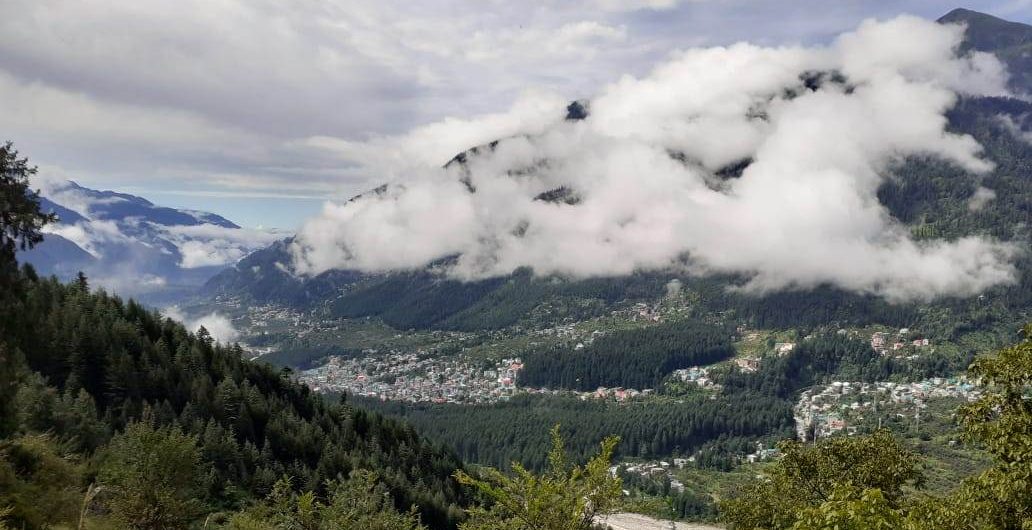 The tourists from any part of India may enjoy their trip to Manali very soon as hoteliers have decided to open hotels for tourists from October 1.

Hotels in Manali, the main tourist destination of Himachal, will open from October 1 as most of the hoteliers on Tuesday unanimously decided to resume operation to recover from the damage of the Covid-19 impact, an official of the hoteliers’ body of Manali said.

Having known that recovery from Covid-19 pandemic may take more than expected time, the hoteliers said they cannot afford to stay closed anymore. However, they are not in a hurry and do not want to take risks and decided that they will remain closed in September to get themselves ready to welcome tourists in October. Not just hotels, the guesthouses and homestay units will make necessary arrangements for resuming operations in October.

“After remaining closed for over five months since March 22, hoteliers unanimously decided in the meeting that we shall open from October 1, a day before Gandhi Jayanti. Till then, we shall make all the arrangements and preparations to provide tourists with high standards of hygiene and sanitisation and also to recruit the staff,” Manali Hoteliers’ Association president Anup Ram Thakur said.

It was also decided that if any hotel wishes to remain closed even after October, nobody will force hoteliers to open. Thousands of staff members working in hotels had temporarily or permanently lost their jobs in March and April. Finding and recruiting both skilled and unskilled staff in a few days was not easy.

Thakur added that hoteliers will have to face some challenges to continue with smooth operations like protecting the staff and the local community from Covid-19 and to handle patients, if found any, as Manali does not have even a dedicated covid care center. He said tourists will come after proper check up but they will have to be ready for any eventuality.

“We remained closed till now only to protect the local community and the state from a spike in the cases. We shall sacrifice September as well so that we could prepare to handle tourists from all states efficiently under the current circumstances. The hospitality sector is facing a severe financial crisis. This is the time when we have to take bold and intelligent decisions for the welfare of the state where lakhs of people are directly or indirectly dependent on tourism.”

The hoteliers have asked the government to fulfill a few of their demands before they resume operation. Their main demand was to establish a dedicated covid care centre in Manali and to make some changes to the SOPs. They said the government had prepared SOPs in accordance with large hotels while most of the hotels are small scale and are in rural areas. They requested the government to form a team of specialist members who should visit the villagers to take feedback to reissue the SOP.

The tourist inflow in Himachal remains weak till September due to monsoon season while it picks up pace in festive season in October. If hotels in Manali open up, hoteliers in other districts are expected to follow suit. Himachal government had decided to open the state for tourists in July but tourists were not able to get hotel bookings in major tourist places.

Hotels in Manali are closed since March 22 when hoteliers, travel agents, taxi operators, beopar mandal and other stakeholders had called for total bandh to stop spread of the coronavirus. Despite government proposal to open, the hotel owners decided to stay closed citing non-tourist friendly SOPs, weak health infrastructure, high running cost, weak tourist inflow and warning from local panchayats which were afraid of the possibility of entry of large number of Covid-19 patients in the form of tourists. Hoteliers believe they will get a good response from the tourists in the festive season.

Undergoing through severe financial crisis, the hoteliers in Kullu Manali are now preparing to resume the business, but arranging and recruiting both skilled and unskilled staff is proving to be an uphill task.

According to hoteliers, they have no other choice other than restarting accepting booking to earn some money. The very first step in resuming operation after over five months is recruitment of the staff afresh. Most of the workforce in hotels in Kullu-Manali is from other states who had left for home after hotels had shut down.

Be if manager, chef, receptionist or support staff, very few of them are available to join the hotels again as either they have joined other job or don’t want to travel to Kullu-Manali.

Manali Hotelier’s Association general secretary Ajay Thakur said, “Hoteliers have many challenges before they start working. Finding staff afresh is the main challenge. Proper sanitisation of the hotel is not a big deal but maintaining social distancing and confining movement of the staff only to the hotel to prevent chances of spread of the Covid-19 to local community are other challenges. Member hotels of association decided to open after October 1 only because most hotels needed some time for preparations.”

According to sources, many hotels will open only after March 31 next year. Hundreds of hotels in Manali have been leased out and the majority of the lessees are non-Himachalis who are not present in the state. Some hoteliers are hesitating in restarting business as hotel operations are going to cost them more due to sanitisation related requirements.

“We need to have at least 30 per cent occupancy to incur all the expenses. Reopening hotel means payment of staff salary and wages, increased electricity bills and other running costs. We are hesitating in taking this risk. We know that tourists are equally hesitating in travelling during this time. Tourists are still visiting Himachal but number is very less. We are confused about what should be done. Hotel operators are in financial problems and still staring at government aid,” a hotelier Anil Sharma said.

According to hoteliers, proper health check-up of the staff and handling of the coronavirus patients are going to be other challenges after resuming operation. As over 80 per cent of the hotels are in rural areas, protest by some local panchayats is another challenge.

Ajay Thakur said there are many challenges but businesses must resume despite any hurdle. He said government is also making SOPs as simple as required while hoteliers have also requested government for some changes in SOP so that both hoteliers and tourists have hassle-free experience.

“Most of the hotels are demanding extension in moratorium on term loans till March 31. Hoteliers used to earn good money in May and June during peak season and used to pay expenses of entire year from it. The business will take little more time to come back on track. In the meantime, remaining closed seems to be useless as nobody knows when this pandemic will end.”