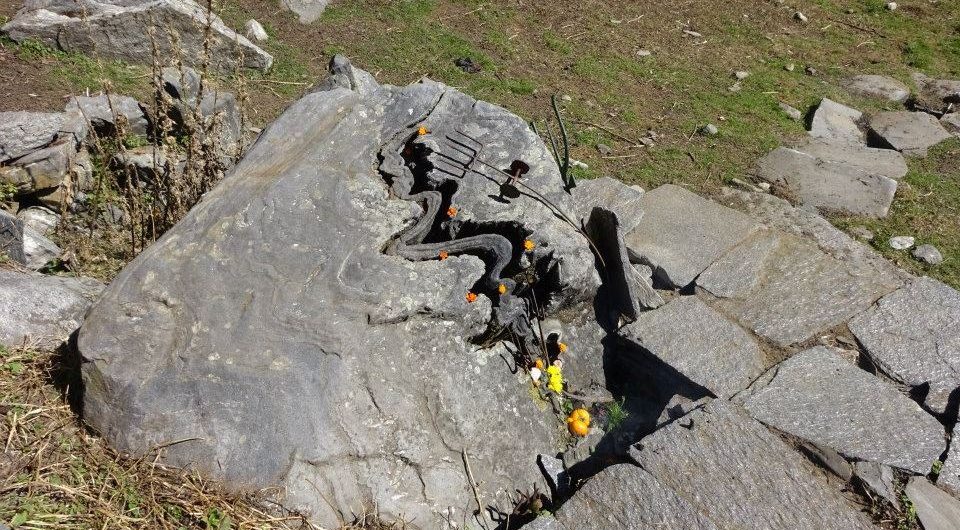 MANALI: Disappointed with almost no or very less snowfall in last two years, people of Kullu have started taking shelter of deities for good snowfall.

Residents of Khakhnal, Gojra and Jagatsukh villages on Wednesday visited the Naag Devta temple situated far above the village and worshipped him in effort to please him. According to Hindus, Takshak Naag has control on the rain and snow. Whenever they suffer vagaries of weather, they storm to his shelter and pray for rain.

Priest of the temple Nitin Sharma said, “The area has upto four feet of snow. The villagers had prayed the deity on Saturday for good snow and had promised to visit the temple on Sunday. Surprisingly, we had overnight snowfall. Though the snow was very less but it came at a time when there was no possibility of snowfall. This was the sign that deity has listened to our prayers. As we could not visit temple on Sunday due to snowfall, we went on Wednesday. We shall now get heavy snowfall very soon.”

The area witnessed many spells of snowfall but its still inadequate as snowfall is not lasting more than few hours. The quality of snow too is very poor which is melting in a day. The higher regions have average snow but the major apple belts have not received snow which is mandatory for good crop. Good snowfall is also required so that there is no shortage of drinking water in summer months.

The people of Manikaran valley also prayed for snowfall at Pini village on Tuesday where Chamunda Devi, Narayan Devta and Bhagasidh Mata had come to perform a ritual. Deities through their shamans said the valley will get very heavy snowfall in few days.

Whenever Mother Nature gets upset in winters and there is no or very less snowfall, people start thronging the temples with prayers and organize rituals to please deities.

“People of Kullu have deep faith in deities and are sure that each prophecy by them will turn true,” a resident of Jagatsukh village Rajesh Sharma said. He added that the people are following the age old rituals and traditions and depend more on deities than weather forecast. “The handy weather forecast has affected the traditions a little. Now very few people come to temples to know the weather conditions. Still, when this forecast fails, everyone comes to the deities.”