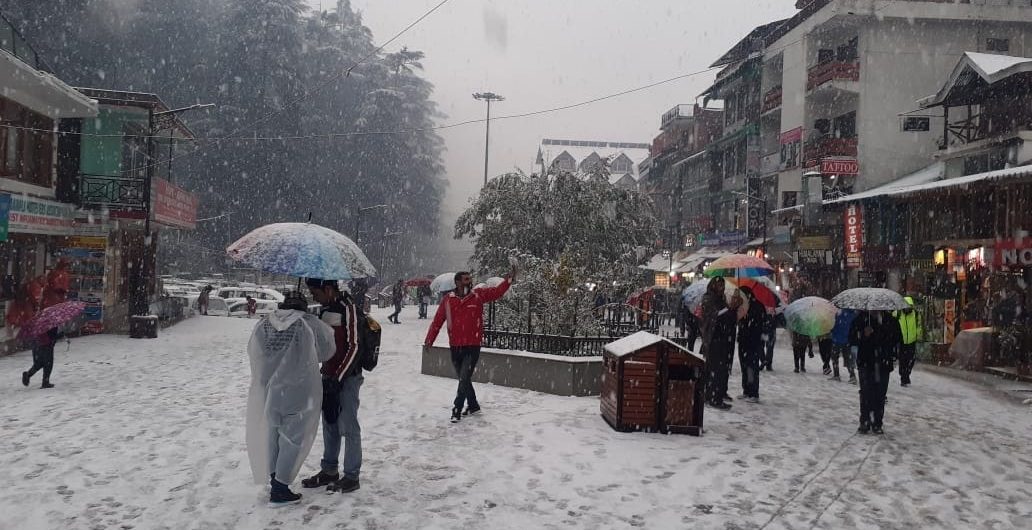 August and September being the worst time in terms of tourism, tourist places of Himachal are longing for visitors. Hotel occupancy has limited only to 15 percent.
Shimla, Manali, Dalhousie, Dharamshala and other major tourist places of Himachal are witnessing lean season time. Frequent landslides, cloudbursts and unavailability of snow are believed to be the reasons behind worst time for the tourism industry. The ongoing inauspicious time for marriage and rituals is believed to be another factor. Majority of tourists visit Himachal to see snow but the snowless mountains are disappointing them.
Himachal Pradesh Tourism Development Corporation (HPTDC) deputy director BN Kapoor said the hotels are seeing the worst time of this year. “I wonder why tourists are miffed with mountains. Very few tourists are visiting state after summer season. HPTDC hotels too are recording occupancy rate between 10 and 15 percent,” he said. Kapoor added that the exaggerated reports of landslides, tourist traps and cloudbursts have also affected the tourism.
Manali, the main tourist place of Himachal, has recorded a sudden decline in tourist arrival after July. Manali hoteliers’ association president Gajender Thakur said most of the private hotels in Manali are witnessing occupancy rate less than 15 percent. He said the beautification of Mall Road at snail’s pace has negative impact on tourism.
He said, “The heaps of debris everywhere in market are irritating tourists. The work should be given pace to protect the coming season.”
Several shopkeepers in Manali have been waiting for customers for many days. According to travel agents, Himachal will again see good flow of tourists in next month during Dussehra and Diwali festivities. Sudesh Sharma, the travel consultant of Discover Kullu Manali, said thousands of enquiries have been pouring in from across the country to book a holiday during Dussehra and Diwali vacations.
“Marriage season is going to begin next month. Scores of honeymooners too are booking honeymoon packages,” he said.
Meanwhile, many tourists who had planned to visit hill state only to see the snow has canceled their tour plans. However, according to the local weatherman, there are strong possibilities of snowfall on hills in October. Thousands of tourists are dying to hear the news of fresh snowfall in Himachal.