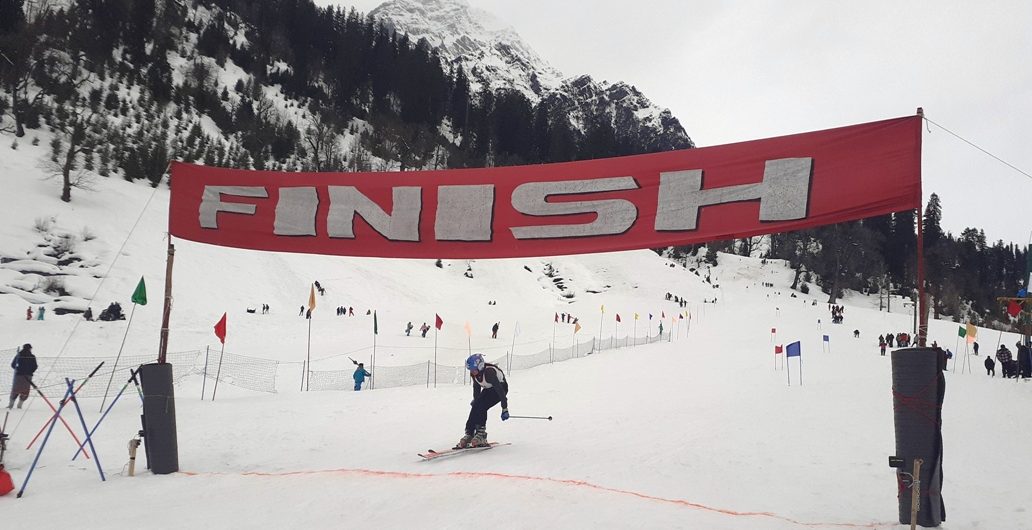 The slopes of Solang valley near Manali, which are covered with three feet of snow, have come alive with nearly 200 athletes of the state who have thronged here for Himachal Skiing and Snowboarding Championships.

The two-day-long men and women competitions in different categories started on Saturday amid snowfall. The event was inaugurated by BJP leader Dhaneshwari Thakur in the presence of many other officials.

A large number of people thronged Solang to enjoy the races. The championships are being hosted by Himachal Pradesh Winter Games Association (HPWGA) under guidance of Ski and Snowboard India. The top athletes will qualify for national level championships that will be held at Auli from February 7 to 11.

“Races in cross-country, cross-country sprint, slalom, and giant slalom are being conducted in both male and female categories. Athletes in both junior and senior categories are performing well. As not all athletes can represent state in national cup, we are choosing the best. Next time we are looking to host the national cup. As the skiing infrastructure is weak here, Himachal always misses in hosting Asian winter games,” HPWGA president Ludar Chand Thakur said.

The officials said the state government has promised to develop the skiing infrastructure in the state which in present is in dilapidated condition. Without ski bar lifts, snow beating machines, snow-making machines and without leveling, the slopes of Narkanda and Kufri in Shimla and Solang in Manali disappoint the athletes.

Although Solang slopes have hosted many national competitions, the bumpy slope with no facility makes skiing and snowboarding very challenging.

Roopu Negi, secretary general of Ski and Snowboard India, the apex body for skiing and snowboarding in India, said the athletes are full of enthusiasm and are performing well.

“Most of the athletes are complaining about basic amenities. Climbing up till start point on deep snow again and again due to the absence of ski lift is exhausting them. The slope needs to be flattened and expanded. We do not have a beater machine to groom the snow and improve the surface conditions. We have taken up the issue with the government which has assured us of infrastructure development very soon,” he added.

Meanwhile, thousands of tourists are enjoying snow and snow activities at Solang. A large number of tourists are doing ski courses here while others are skiing for fun. Snow scooters and all-terrain vehicle ride are other tourist attractions. Ongoing skiing competitions are added attractions for tourists at Solang valley.