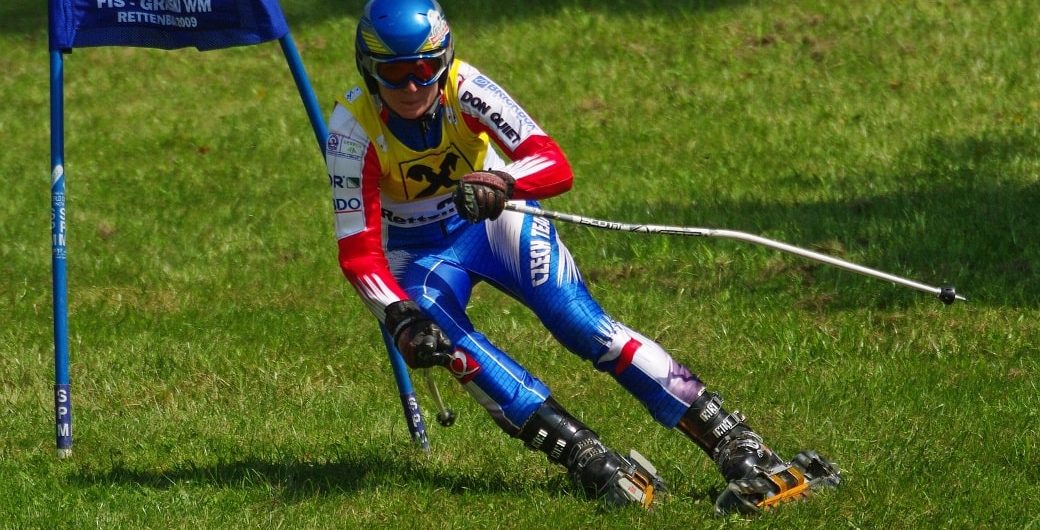 MANALI: Grass skiing, which was introduced at Solang slopes, 13km from here, for the first time in country in 2011, has failed to spread its roots and popularize in India as just two or three people are applying for its courses.

Youth affairs and ministry of sports had spent lakhs of rupees to introduce this sport in the country. A 250ft-long and 30ft-wide grass skiing slope was developed here by Atal Bihari Vajpayee Institute of Mountaineering and Allied Sports (ABVIMAS). In the span of over seven years, people have forgotten the sport. Despite nationwide advertisement to promote grass skiing, nobody responded. Only three persons had applied for the course in 2017.

Nanak Chand, senior instructor with ABVIMAS, who is also in-charge of skiing courses conducted in Himachal, said people are not taking interest in grass skiing courses and athletes see no scope in it. “Two groups of 32 and 22 local youths were trained in grass skiing. In 2017 only three persons applied. Sports equipment are expensive and will get damaged without use. So we are trying to conduct fresh courses,” he said.

Unlike traditional skiing which is possible on snow and hills in winter months, grass skiing is possible on grassy slopes anywhere and in any season. The skis have rolling wheels and is completely different from snow skiing. Most of the people of the country have never heard of this kind of skiing. Grass skiing was originally invented by Germans in 1966 to give basic training to snow skiers before winter season. It was later introduced in France and was adopted by many other nations including US, Switzerland, Italy, China and Japan. These nations have grass skiing centres of international standard.

Equipment required for grass skiing are not available in Indian markets. ABVIMAS is trying its best to popularize the sport but getting no positive response. This is surprising that India in 2012, one year after grass skiing was introduced in the country, obtained recognition for grass skiing from International Ski Federation. A three men Indian team participated in the World Cup held in Dizin, Iran, in August 2012.

Nanak Chand said youth from other states are not showing much interest in grass skiing but they wanted local skiers to use it for rehearsal before winter season. “Our snow skiing athletes can warm up on grass slopes and train themselves until winter season comes. We have enough equipment and are welcoming all those who want to learn its techniques from our experts.”