Alert after heavy snowfall in Manali

Alert after heavy snowfall in Manali 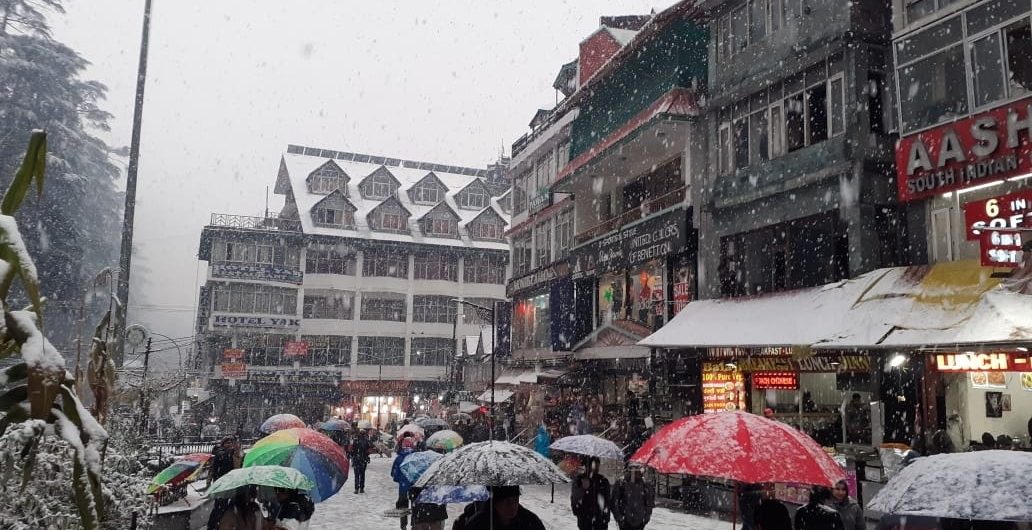 An alert has been sounded after heavy snowfall in Manali on Sunday. Police have advised people to avoid unnecessary movement and stay at home while tourists are not allowed to go beyond the Manali city.
Traffic movement has been stopped beyond Patlikuhal, 20 km before Manali, to avoid any accidents due to slippery road. The bye-pass highway to Manali has already been blocked by snow. People are forced to walk as vehicles are not able to move on slush. However, some four-wheel drive vehicles had connected Manali with Kullu and other parts of the state. It was a big relief for people that power supply was not interrupted the whole day.
Manali deputy superintendent of police Shamsher Singh said police is monitoring the movement of tourists and they are not allowed to go near isolated areas. “It’s snowing heavily here and we don’t want to take any risk. Tourist vehicle’s movement has been confined to city only. Local residents too are advised to stay at home,” he said.
Manali has received 10 inch fresh snow. Solang ski slopes that were already covered with 2 feet of snow have received 1.5 feet more fresh snow. With about 3 feet more snow, Rohtang pass is covered with more than 10 feet snow.
Lahaul-Spiti district, which has already cut off from the country, too, is experiencing heavy snowfall since morning. Keylong has received 15 inch fresh snow. Udaipur and Koksar recorded 8 and 24 inch fresh snowfall on Sunday.
Most of the shops in market remained closed for whole day and other shopkeepers were waiting for customers whole the day. Snowfall was still continued and according to Met department, Monday would witness more snowfall.

The Himalayan
Previous postManali woos tourists with “Backcountry Skiing” for the first time
Next postSnowfall in HP, cold wave continues